If there is belief that has guided architect and designer John Kelly since he has produced architectural projects and furnishings since 1987, it is this: “Furniture is exclusively for humans… animals don’t make furniture…God doesn’t need furniture.

He continues: “When we ask why humans need furniture, we can ascertain a lot by analyzing how we deploy furniture in our daily lives to accommodate some very basic human needs and activities namely: sleeping, eating, working, recreation and the storage of our possessions.

“As a furniture designer, I focus on these basic human activities and strive to create a vessel for the end consumer to deposit their own meaning into the object they have chosen to embellish their home and use in their daily life.”

Furthermore, Kelly, a graduate of the University of Pennsylvania who holds a Master of Architecture (1989) and Bachelor of Arts in Design (1985), is convinced that design covers basic existential questions such as “What do you think you can do to make the world a better place?”, “What is man’s relationship to both his natural and man-made world?”, What is still meaningful to man in today’s world?”

And there are no right or wrong answers, declares Kelly, a resident of New York for the past 30 years, during which he has used the time to conceptualize a wide range of products, including indoor and outdoor furniture, upholstery, carpets, lighting and accessories. “Only differences of opinion. The whole point of design is to be a trend setter, not a trend follower. You can only accomplish this when you are fully focused on your own vision of life. The whole point of becoming a designer is to give expression to your own interpretation of the world, so it doesn’t really matter what everyone else is doing.”

The kernel for any design concept, according to Kelly, starts with an idea, and when that is fully understood, decisions made during the development process, slowly evolve and reveal themselves. These, he says, “should always relate to your original concept and serve to reinforce it, aesthetically, formally, structurally and in terms of its construction.”

As a graduate student, Kelly was fascinated by the relationship between design and production. He would attend classes during the day and build projects for architectural school at night in his workshop until these became shop oriented. “Eventually, I was studying architecture through furniture and understanding furniture through architecture,” he recalls.

Kelly was not without his influences which he lists as the arts and crafts movement in America, the Bauhaus movement in Europe and maestros such as Frank Lloyd Wright, Charles Eames, Gustav Stickley, Greene & Greene and Le Corbusier. “Aesthetically, I’m a modernist, although I like crafted things that show an evidence of hand,” he adds.

Is there a secret to blending aesthetics, practicality and commercial viability?

“Being ambidextrous” is his pithy response. Kelly explains: “As humans, we are beginning to utilize the living spaces in our modern homes differently, and we are starting to see our home as the primary interface between our natural and man-made worlds.

“Not only is the distinction between indoor and outdoor furniture becoming increasingly blurred, but also living and dining and kitchen spaces in traditional homes are becoming commingled. And then, when you throw in a home office and all of the obligatory communicational and technological demands, the result is an entirely different notion of home than your parent’s generation.

“As a result, we are starting to buy furniture in a different way to encompass those new spatial preferences and attitudes towards our modern way of living. Just as our distinction between indoor and outdoor, and living, dining, kitchen and home office have become increasingly blurry, furniture design is becoming blurry, too – and that means more ambidextrous!”

Of the various collections (furniture, carpets and lighting) that Kelly has produced since 1992, he cites the Kisho line as one of his most unique achievements. Recounting in company literature why this is so, he says: “In the spring of 2005, I began designing the Kisho Series Furnishings. My objective was to design a collection of furniture that was impossible to make.”

The result, a collaboration with the renowned Japanese master carpenter-designer Chuzo Tozawa – he has created works for Imperial family – can only be regarded as a museum piece. A dining table and six chairs (each one boasts varying details such as the seatbacks) and sideboard server call attention to the dying art of woodwork that both men were deeply concerned with. Only 10 sets have been produced.

Yet as they say, one’s first is always the most memorable, and Kelly’s early J1 Series Furnishings, which received the 2000 Pinnacle Award from the American Society of Furniture Designers, is dear to his heart. It launched his international career and provided the confidence, he says, “that I could compete anywhere with anyone.”

At an early age, Kelly learned to appreciate the magic of wood as a medium for furniture. One summer in high school he worked as a lumberjack in rural West Virginia. The experience was without doubt invaluable, helping him to understand tree species such as red and white oak, cherry, walnut, poplar, sycamore and ash – how they grew in the forest, the diversity of the eco-system as well as the trees’ inherent qualities, densities and characteristics.

“Wood is an incredible material. It regenerates; it’s sustainable; and it has immense commercial value. Moreover, as the primary material of architecture, wood has perhaps an even greater human value! It’s not coincidental that humans around the world most often choose to ‘fit out’ the most tactile elements of their home with wood, including stairs, doors, floors and ceilings as well as their furnishings such as beds, case goods, tables and chairs.”

Kelly owns and oversees his eponymous John Kelly Furniture that has design offices in New York and Saigon, Vietnam. In his employ are four designers and engineers. They have created and licensed designs to furniture brands in North America, Europe and Asia for over two decades. Top private label customers include Calvin Klein the US, Sable sland in the UK, Starbay in France, Woven + in The Netherlands, Hinoki Kagu in Japan, Inart in Korea, Maiori in Hong Kong, Kian in Malaysia, Paiza Living in China and Wise-Wise in Japan. His designs will also be available in Vietnam very soon. Other platforms, which display his products, are his website (www.johnkellyfurniture.com) and e-commerce sites.

Kelly works without pause and as inspiration strikes. He says: “I typically make a bunch of sketches and notes on scraps of paper, post its, cocktail napkins and on my phone throughout the average day. The following morning I wake up early and design. I spend one hour designing every morning – it’s like exercise for me. Afterwards, I meet with my staff and hand over for development, which I continue to monitor through daily meetings and internal communications.

He persists in drawing by hand, saying it is the only he can properly understand proportion and scale.

For the past two years, Kelly has been engaged by Kaiser, one of the largest furniture factories in Vietnam as their Director of Hospitality. He supervises the development and management of the company’s hospitality and contract projects and is responsible for all phases of project development, including design, marketing, costing, sourcing, sampling, drawing and finish development, production, delivery and installation.

Engaging and interpreting in fresh ways the age one lives in remains the challenge creatives have inexorably faced. But with technology evolving at breakneck pace and offering innumerable options, the path to original thinking can appear maze-like.

“All the answers are already inside you. You don’t need to shoplift from the Internet.” 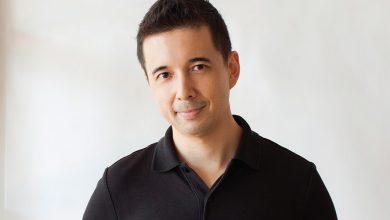 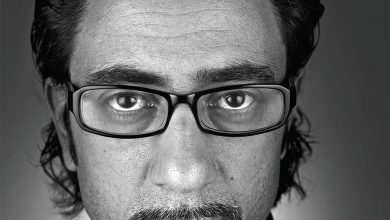